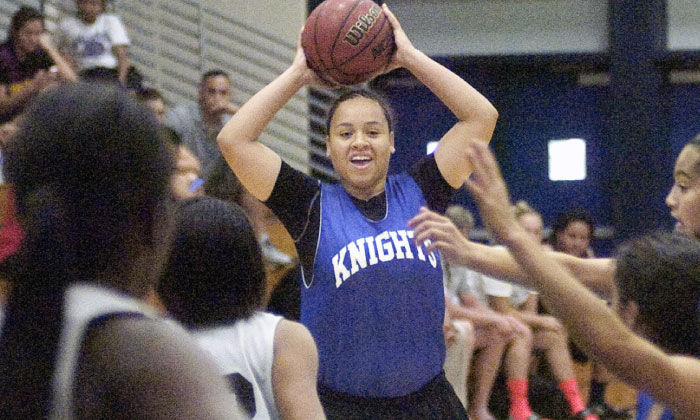 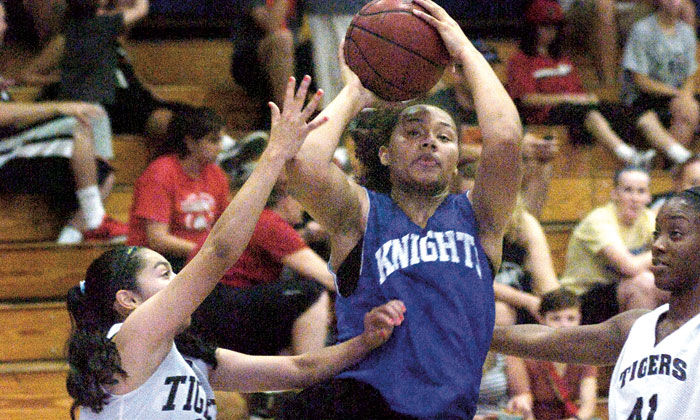 Coming off the most-successful season in Westview girls’ basketball history, the 2013-14 teams is looking to improve on that performance.

The Lady Knights went 33-2 and advanced to the quarterfinals of the Division I state tournament before losing to Mesa Dobson, 48-29, at Arizona State University.

In an effort to move into the ranks of the state’s elite teams, Westview undertook a demanding summer schedule.

The Lady Knights wrapped up their summer activities by defeating Peoria Liberty, 33-17, to win the championship of the Southwest Shootout June 27-30 at Glendale Deer Valley High School.

“We played pretty well,” coach Lisa Contreras said. “It was a good tournament. We usually play in the Tolleson Tournament but I wanted to see some different teams this summer because we will be playing quite a few East Valley teams this season.”

Westview gained a measure of revenge with the triumph over Liberty. The Lady Lions dealt Westview its only loss of the summer, a 40-37 setback in the June 29 pool-play finale.

The Lady Knights also had a satisfying victory over Millennium in pool play, overcoming a 10-pont deficit, 25-15, to win 43-32.

Westview has been working on a new offense all summer but was not having success with it against the Lady Tigers, so it reverted to its old offense, which relies on dribble penetration to create open 3-point attempts.

It worked and the Lady Knights gained the victory.

“We went back to our new offense against Liberty [in the championship game],” Contreras said. “It’s an aggressive offense. We’ll be learning it all season. They are still thinking about it.”

Westview had greater success with the new offense in the title tilt.

The Lady Knights played an exhausting schedule to garner all their hardware this summer.

“The last two weeks, we had about 15 games,” Contreras said. “It was a lot. I could tell the girls were getting tired. Their shots weren’t falling and their legs were getting heavy.

“We won the Thunderbird Tournament championship at 9 p.m. Wednesday [June 26] and played an early game in the Southwest Shootout Thursday morning.”

In addition to most of last year’s roster returning, five players up from the JV team competed for playing time during the summer.

One key player absent from the roster during the summer was senior-to-be Airianna Sesma, a starter the last three years. Sesma, the team’s leading scorer last season at 12.7 points per game, suffered a knee injury playing with her club team just after the high school season ended. She hopefully will be ready to return in October.

Sesma’s return at full strength will be extremely beneficial to Westview as it faces a demanding schedule as it looks to improve upon last season’s finish.

Additionally, Westview is trying to get back into the Nike Tournament of Champions, which it missed out on last year. That tournament features outstanding schools from around the nation.

Mike Russo can be reached by email at mrusso@westvalleyview.com.

Never miss an issue. Sign up for free today.